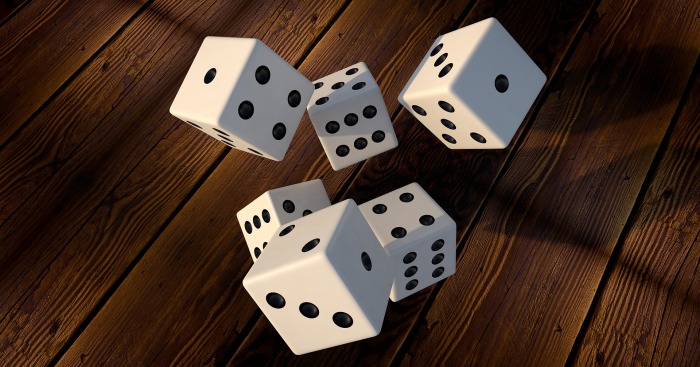 In one of my previous posts I talk about how hard work is more important than talent when it comes to achieving success. As much as I don’t want to believe it there is a kernel of truth to this. But is it the whole truth? What if it is the power of randomness that is the principle factor in all this? At least this is what the Lebanese-American writer and former financial trader Nassim Nicholas Taleb believes whose seminal books Fooled By Randomness and The Black Swan expand on this idea.

One of the most interesting aspects of success, especially in creative fields, is that it often comes to people we least expect it to. It is not unusual to watch an unknown band live and think ‘what on earth is this crap’. Then several months later that same band is flying high in the charts and many people are fawning over them. On the other hand, you can see an unknown band live who you are totally blown away by and are convinced the band will go on to greater things but success sadly eludes them and they continue to drift into obscurity. These typical scenarios give a lot of weight to Taleb’s theory of randomness.

Even though, at least at a practical level, hard work seems to be the best way to increase one’s chances of getting lucky is that really where it’s all at? Again in the context of musicians, some singer/songwriters worked their butts off on the open-mic night circuit playing at everyplace they could get a gig and then slowly after years of toil and sweat, they were rewarded. The supremely successful singer/songwriter Ed Sheeran is a perfect example here. But he does not escape the laws of randomness. Many other singer/songwriters also break their backs for years trying to make it, but alas their time never comes.

On the other side of the scales one can look at the pre-fame story of Oasis. They’d barely been going for a year or two before they were discovered in 1993 by the head of Creation records, Alan McGee, at a gig in Glasgow. From that point on success came to the band almost overnight. It was as if their success and destiny were written in the stars. The Oasis story is a perfect one of randomness and demolishes the adage of ‘if one works hard one will be rewarded’. Whether one likes Oasis or not, one cannot deny the powerful magnetism the Gallagher brothers possessed; something that seemed God-given and effortless, and millions of people lapped it up.

Life is never linear. Our predictions regarding the life trajectory of others often collapse like a house of cards. Random events beyond our control destabilizes these paths. When we look at the following world events; the Chernobyl nuclear explosion, the 1987 Black Monday stock market crash, 9/11, the recent Genoa bridge collapse etc; they are examples of events which weren’t anticipated and took people by surprise. Taleb calls them Black Swan events.

It is not uncommon to weave a narrative around these events and try to rationalise and justify them, but the truth is they were ruled by randomness and caught everyone off-guard.