The wooden village of Drvengrad is a unique creation nestled in the mountains by the border between Bosnia and Serbia. It was built by the Serbian film director and all round maverick Emir Kusterica originally for the setting of his film Life Is A Miracle. But this place is more than just a film set, this is a white hot design for life. A place of hope and positivity, where one can spiritually flourish and be inspired. It almost sounds like the self sustainable community of Auroville in India. But not quite. Auroville is an enormous place with a substantial international community in the thousands. Drvengrad is a floating micro galaxy with its own idiosyncratic vibes and charms.

The landscape around Drvengrad in the Serbian region of Mokra Gora is breathtaking. And even if this awesome village didn’t exist, the scenery alone is a paradise of the highest level for anyone simple wanting to relax, re-energise, unwind, tune out, drop out etc. If the world ever got too much, this part of the world would be on my list of places to disappear to. Rimbaud went to Harar in Ethiopia. I will come here to Mokra Gora.

When one enters Drvengrad, the first thing one most likely notices is the Russian style wooden church at the end of the main square. It is dedicated to St Sava who was the founder of the Serbian autocephalous christian Orthodox Church (as well as the founder of Serbian law). All the squares and streets (more like paths) are named after various famous people. The main wooden square at the entrance is named after the highly revered visionary, humanist and pioneer of Alternating Current Nikola Tesla. Diego Maradona also has his square by the Latin quarter of the village which houses the Damned Yard bar. This bar is full of black and white photographs of Latin American revolutionaries like Che Guevara, Fidel Castro and Emiliano Zapata. On one side of the bar is a montage of photographs of Emir Kusterica with Johnny Depp, Jim Jarmusch, Maradona, Mike Tyson and others. Cuban music plays on the stereo and I feel like I am back in San Cristobal de Las Casas in the Mexican state of Chiapas. Adjacent to the bar is a large indoor swimming pool and an underground gym and cinema.

The nearby Visconti restaurant is more sedate and formal than the Damned Yard bar. Aesthetically there are shades of the architect Le Corbusier in the internal design. It houses a substantial collection of books and a large collection of wines. Close-by is a children’s playground and an art gallery, which was unfortunately closed when I was there. But fortunately there is the Van Gogh hut, inside where there are murials and recreations from his famous paintings. There is also a tiny market square where one can buy local artisan crafts, oils and honeys. When I visited this market corner there was an old lady sitting down by one of the stalls knitting.

On the side of one wooden hut is a large mural of the Russian writer Dostoevsky. At both ends of the mural are a clutch of super sized colouring pencils ingeniously created from tree trucks.

Serbian tennis superstar Novak Djokovic has his own street with a couple of outdoor tennis courts at the end. Film directors Frederick Fellini and Igmar Bergman also have streets named after them as does the Nobel prize winning Balkan writer Ivo Andric. Stanley Kubrick’s name is also stamped into this village in the form of the Stanley Kubrick Theatre.

Each year Drvengrad hosts the international Kustendorf film festival, also founded by Kusturica. Johnny Depp, the Mexican actor Gael Garcia Bernal and the directors Jim Jarmusch and Abbas Kiarostami are some of a handful of well known faces to have visited.

Below I am sharing some of my photographs of this awesome village. 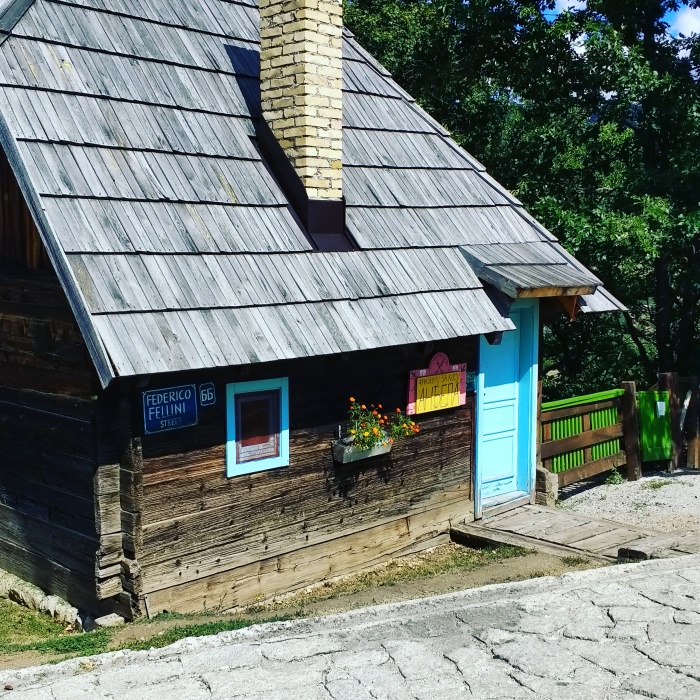 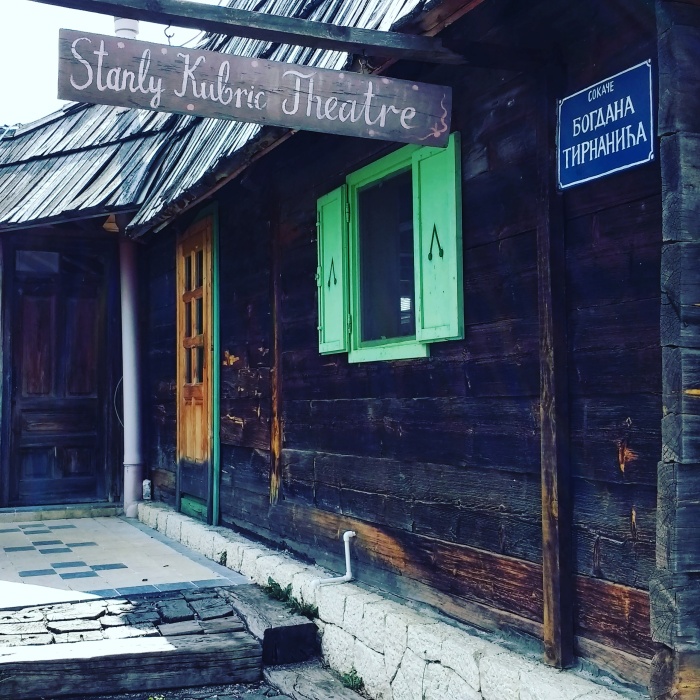 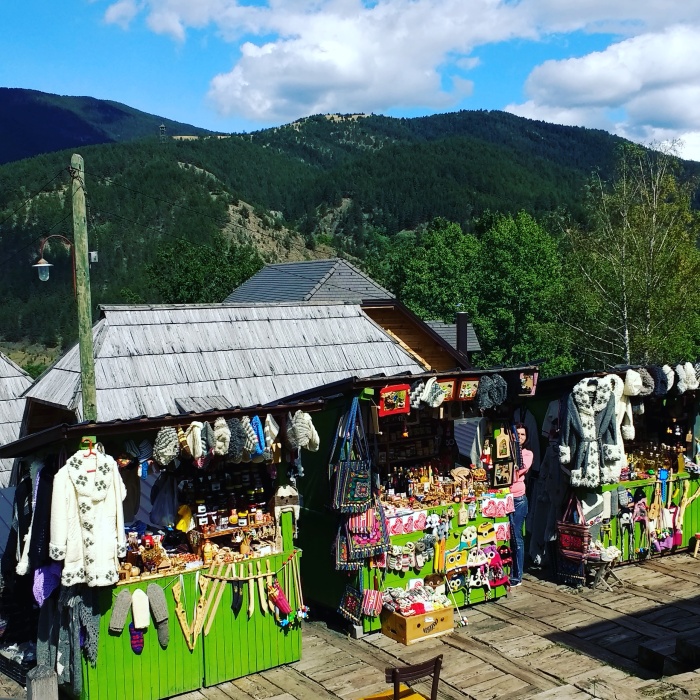 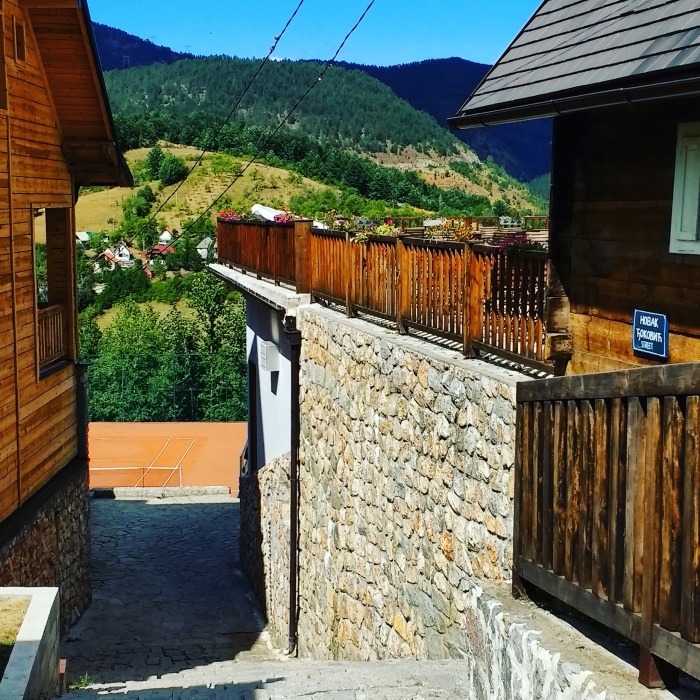 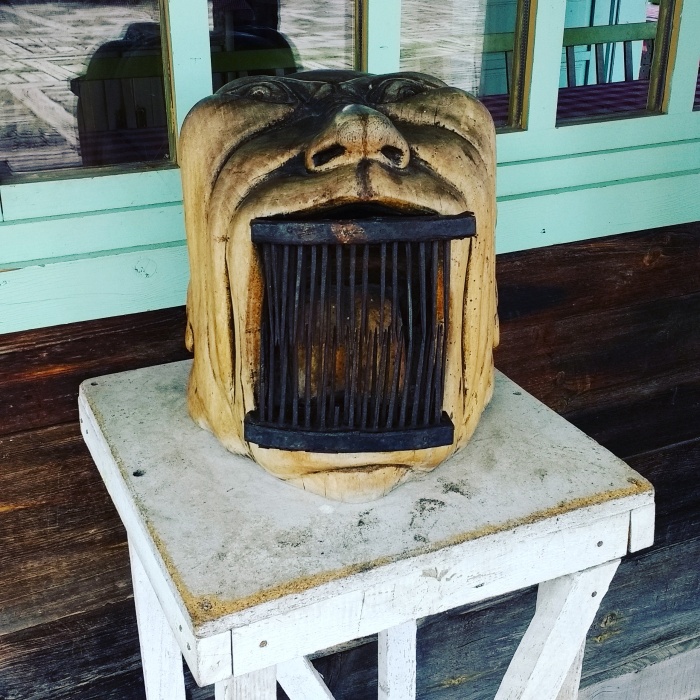 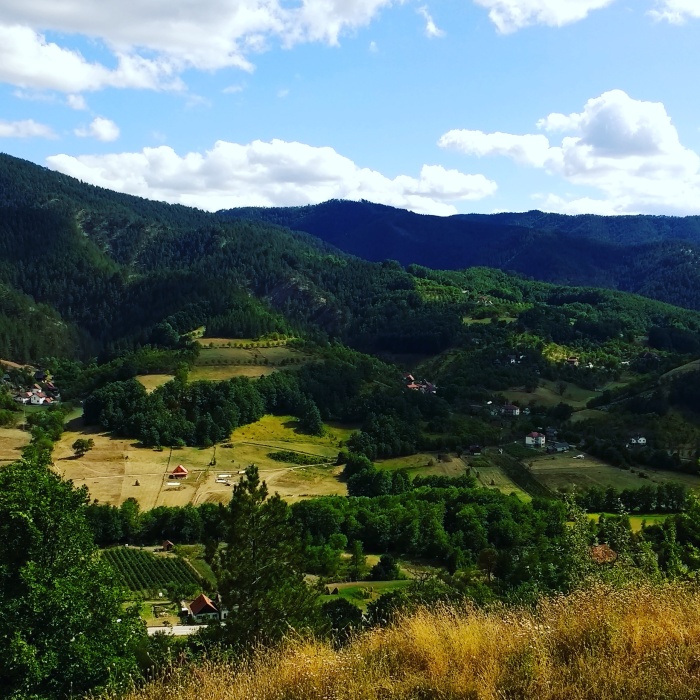 Text and photography by Nicholas Peart