A hundred years ago people had much more time than choice (and even only 20 years ago just before the rapid rise of the Internet). Radio was a new thing. TV wasn’t invented yet and video and the Internet were still some time off. What ‘entertainment’ distractions were there? The theatre (yes people used to go to the theatre in droves), books, newspapers, various sport and outdoor activities, musical instruments, poker, chess, backgammon, to name but a few.

With the invention of TV eventually video emerged as a major medium and would kill the radio star – or at least significantly reduce the major market share it had in the market for all global mass media communications outlets. Then it was the Internet which would upstage and threaten the video star.

With Virtual Reality one can potentially travel without moving and leaving their fixed space. Travelling Without Moving, to quote the title of an album by the pop star Jamiroquai which was released 20 years ago (what foresight Jay!). Taking into account the level of instant gratification which VR could bring combined with the Internet and the increasing sophistication of Artificial Intelligence, one could potentially satisfy all their wildest sensual wants, needs and desires without ever leaving their bedroom.

Of course the virtual world is nothing new. Any time spent surfing the Internet especially through social interaction via the many social media sites available is time spent in the virtual world (and as is any fantasy experience such as getting lost in a good book). Yet this is still a 2D virtual experience. You are fixed to it but not completely immersed in it. VR has the potential to change all that. The 3D experience it offers is still very limited but with time the potential for further development is enormous. Yet perhaps it will never be a viable substitute to real life experiences? At least I hope not. I for one would rather still travel around different parts of the world the hard way, preferably overload via clapped out public transportation. But what if sometime in the future when every nook and cranny of the world becomes connected to the Internet, travelling virtually becomes a real possibility? Google Maps has already done a sterling job in shrinking the world and making it easier to navigate than ever before. Two of the original pioneers of globalisation, the Portuguese explorers Bartholomeu Dias and Vasco Da Gama, would be astonished with this progress.

But if VR could provide even higher degrees of sensations than those experienced through real life experiences than it has a serious future. One area of pleasure that springs to mind is sex. I can with complete certainty see the growth of the virtual sex industry growing exponentially via VR as its main vehicle. And with synchronisation from additional growing technologies like haptic technology (which enables one to feel something virtually without actually physically touching it) than the potential for experiences and sensations even more intense than the real thing is very high. Yet this idea both scares and disconcerts me. This is one of the ugly sides of VR which seems unavoidable. Sex sells and there will be some people becoming obscenely wealthy through this.

But what disconcerts me the most with VR technology is the further separation and isolation it will bring on its users. It will become so addictive and immersive, that there is a real possibility people will be living almost 100% of their days awake (un-awake spiritually) virtually. I would guess that currently many people spend at least 50% of their days awake virtually via the internet and social media sites.

What the Internet has achieved is an increased fragmentation and separation of global society (even though it has, ironically, provided the tools for greater connectivity with one another than ever before). VR has the potential to speed up this fragmentation. In spite of the rise of the net, there are still ‘hubs’ where people meet. And cities, towns and villages where people live. Communities (although decreasing) still exist. Yet if everybody were to live all of their daily lives (including their professional lives) via 3D virtual reality (and have all their provisions delivered by super fast drones), one could live anywhere in the world with an internet connection. The very concept of cities, towns and villages could blur (a wild and demented prediction but what if this occurred?).

VR could mean a future where people almost only communicate and socialise virtually. I think Facebook knows this hence their purchase of the VR company Oculus VR two years ago, which may prove to be a very shrewd move. Communicating via Facebook is still a 2D virtual experience but with the additional VR vehicle of the Oculus Rift device, this 2D experience is transformed into a 3D one. And how many Facebook users currently are there? 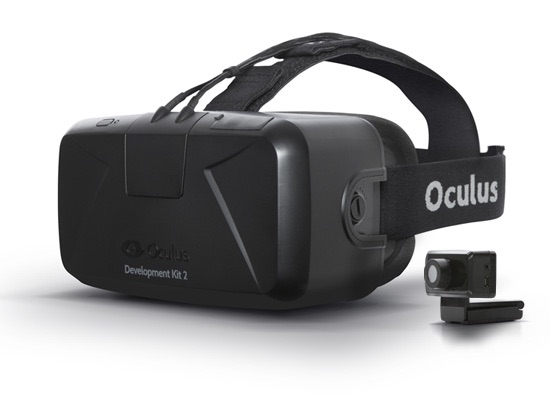 What implications would this increased disconnection from the real world have? Could there come a time when real life socialising dramatically decreases? People meeting one another face to face less? People not having real and meaningful relationships anymore? People not going to cafes, bars, pubs or clubs anymore like they used to? The rise and development of the Internet has already had a catastrophic impact on physical high street retail outlets (through the rise of e-commerce giants like Amazon), that could VR be the final (or penultimate) nail in the coffin for the high street? Could most leisure activities like nights out to pubs and clubs, social meet-ups in coffee shops, holidays abroad and travelling to exotic places, going to gigs and festivals, day trips to theme parks etc, almost disappear if VR really takes off? Such a scenario depresses me. I hope I am talking rubbish and none of these situations occur.

Yet the real world is always there. No one is forcing me to be deeply sucked into VR. I can take it or leave it. The Internet and the fast pace of globalisation has already succeeded in making the world a smaller place but the world becomes a larger place again if one is prepared to free themselves from these digital shackles for just a moment.