Durban is the city with the largest Indian population outside of India. Originally called Port Natal, the city was renamed Durban by the British after Sir Benjamin D’Urban, the governor of the Cape Colony. Originally a sleepy settlement of less than 1000 people, Durban’s expansion began in 1843 when Britain annexed the Colony of Natal. In the space of ten years, there was a large wave of immigration from the UK.
The city grew phenomenally throughout the latter half the nineteenth century. It was during this time that many indentured Indian labourers were brought over by the British Empire to work on the sugar cane plantations and railroads of the Colony of Natal and this is the source of the enormous Indian population in Durban.

Dr Yusuf Dadoo street (or Grey Street as it was formally known) is the heart of the Indian community full of bazaars, Indian shops and cheap hole in the wall eateries selling quarter bunny chows, curries, rotis and birianis at rock bottom prices. Ah yes, the legendary bunny chow which is unique to this neck of the woods. You can get bunny chows in other cities in South Africa but if you want the real thing this is the place to be. There are a few stories regarding the origin of the bunny chow but one goes that it was invented by a group of Indians immigrants known as Banias (an Indian caste) at an eatery called Kapitan’s in the city. The bunny chow is a hollowed out loaf of bread filled with curry. In Durban it comes in three different sizes; full loaf, half loaf or quarter loaf. The quarter loaf, the smallest version, is the classic or qota as its sometimes called.

Dr Yusuf Dadoo street is also home to the largest mosque in the Southern Hemisphere, the Juma Masjid.

Right by the mosque is the Madressa Arcade full of traders selling everything from blankets and old radios to secondhand shoes. For a brief moment I feel like I am wondering through a souk in downtown Meknes. 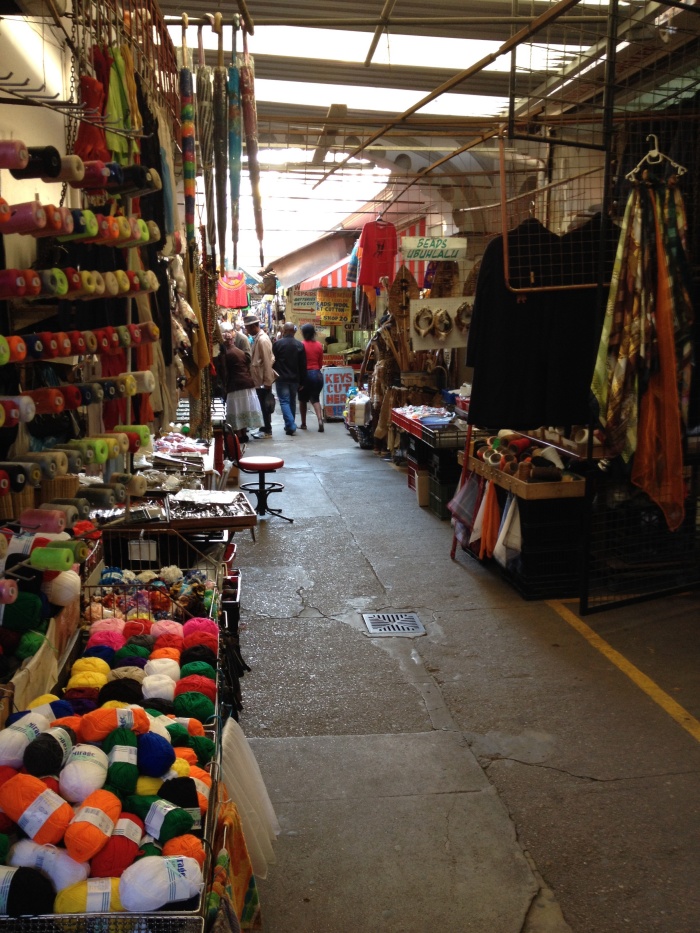 Inside the Madressa Arcade

Adjacent to the Madressa Arcade is the Ajmeri Arcade featuring a very cool record shop, Ajmeri Record King, which has vast piles of battered vinyls which might not be much on the outside but if you persevere you may find the odd ruby in the sludge. I found a couple of rare Stax records. The shop also has a good and comprehensive selection of CDs of music from across Africa.

The nearby Victoria Street Market, first established in 1910, is an important market in the city.

Inside the market there are a few Indian shops selling spices and other products. The first one I enter, RA Moodley has a decent selection of different spices. As well as traditional Indian spices there is a spice pile called Nando’s spice and another entitled KFC spice. RA Moodley is also a hovel of miscellaneous Indian trinkets and products. About four portraits of Sai Baba, the controversial Indian guru, including a photo of him on the weighing scale, adorn the interior of the shop.

The next spice place I enter, Delhi Delight, is run by a kind and charismatic South African Indian gentleman who gives me and some Cape Townians a tour of his shop and all the spices on offer. I am intrigued by his own Delhi Delight brand spice concoctions which range from medium to very hot

The final spice shop I visit is a more modest affair than the other two yet I will never forget the Mother In Law Hell Fire spice pile. I love the name so much I think I will swing by here before I depart Durbs for a sample. 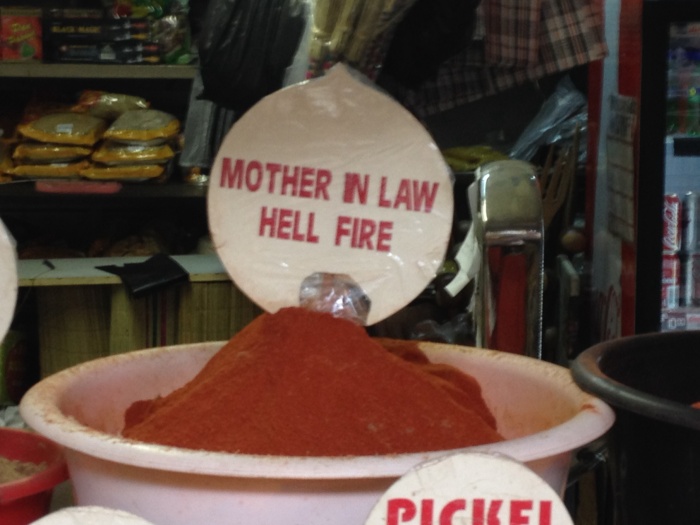 One spice it would be rude not to try

Durban is also the city where Mohandes Gandhi lived for sometime during his time in South Africa. When he first arrived in Durban he lived on Grey Street. Two important Gandhi related landmarks in the city are a bust of him at Tourist Junction (old Durban railway station) in the city centre and the Old Court House nearby, where he spent much time when he worked as a lawyer. There is also a street in his name close to the southern end of the city beach but watch your back in this part of town, especially around the junction with Anton Lembede street. I was mooching around there one afternoon and some miscellaneous black student with a surf board walked up to me and indignantly told me I was crazy to be walking around this part of town and insisted on hailing down a local mini van taxi to get me out. 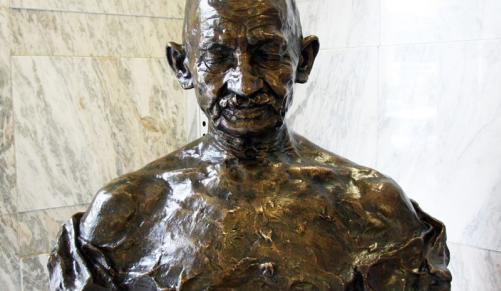 Gandhi bust in the city centre

Outside of the city and off the N2 highway is the Phoenix settlement, close to the Inanda squatter camp, which Gandhi founded as a self sustainable community and to build on his philosophy of satyagraha or passive resistance.

In my next post I will be listing my favourite Indian eateries in this marvellous city.