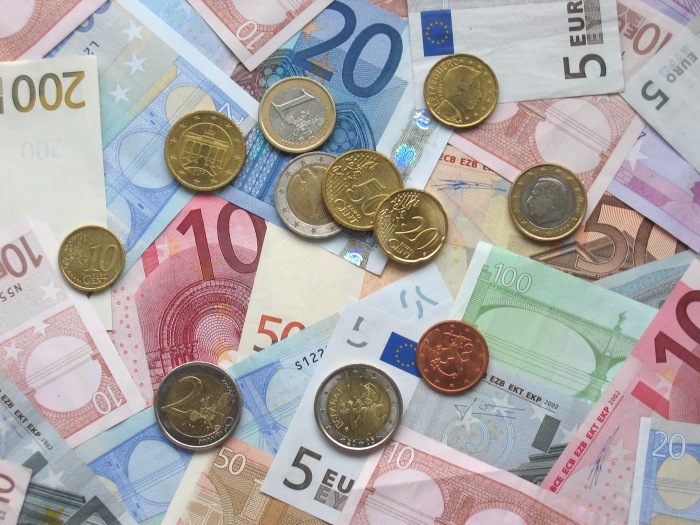 TARGET2 is the Eurozone national and cross-border payment system, which is used between Eurozone National Central Banks (NCBs) to settle transactions in Euros. It is little known to the general public but it is a very important component of the Eurozone financial system and in understanding the credit surpluses and deficits between the NCBs of each Eurozone country.

A simple and easy-to-understand way of explaining how this system works is featured in the following article here. Taking the example of two eurozone countries, Spain and the Netherlands, a Spanish tourist from Madrid travels to Amsterdam and has a 100 euro meal at a restaurant over there. Now if he had the 100 euro meal at a restaurant in Madrid, his bank in Spain would debit 100 euros from his account. Then the NCB of Spain would transfer the amount from the reserve account of the buyer’s bank to the bank of the restaurant in Madrid. The bank of the restaurant then credits their customer’s account. In this financial transaction, the money remains in the Spanish banking system enabled by Spain’s NCB.

However since the restaurant is in Amsterdam, the transaction is less simple. Since TARGET2 transactions involve the NCBs of Eurozone countries, both the NCBs of Spain and the Netherlands are involved in the transaction. The Spanish tourist’s bank has a reserve account at the NCB of Spain (Banco de Espana) and the bank of the restaurant in Amsterdam has a reserve account at the NBC of the Netherlands (De Nederlandsche Bank). The transaction is settled via the European Central Bank (ECB) between the two eurozone NCBs.

Having given a basic example how the TARGET2 payment system works between Eurozone countries, one can better understand the current TARGET2 balances between the different countries in the Eurozone. This complete information of this can be found here from the official website of the ECB.

The figures from the latest TARGET2 balances report indicate that as of May 2019, Germany’s NCB, the Bundesbank, was running a surplus with other Eurozone countries of EUR 934.6bn whilst the NCBs of both Italy and Spain were each running a deficit with other Eurozone countries of – EUR 486.5bn and – EUR 405bn respectively. These figures indicate enormous TARGET2 imbalances between certain eurozone countries. In fact, according to the information provided on the website of the NCB of Germany, the Bundesbank, as of June 2019, the total amount of the Bundesbank’s TARGET2 claims are EUR 942.3 billion euros or to be exact EUR 942,319,065,584.45.

In 2012, less than three years after the start of the European Debt Crisis, the recently departed president of the ECB Mario Draghi stated that he would ‘do whatever it takes to preserve the euro’. From 2009-12, Germany’s NCB had a TARGET2 credit surplus which had increased from EUR 177.7bn to EUR 655.7bn between those years whilst Spain’s NCB was carrying a deficit, which had increased from EUR – 41.1bn to EUR -337.3bn during that same time frame.  In 2009, Italy’s NCB had a credit surplus of EUR 54.8bn yet by 2012 it was carrying a deficit of EUR -255.1bn. Today, Italy’s NBC’s deficit of – EUR 486.5bn is the largest TARGET2 deficit in the Eurozone.  Since Draghi’s pledge seven years ago, these imbalances have gotten even bigger. What is also interesting, is that since 2012, the TARGET2 deficit of the ECB itself has gone from just EUR -2.2bn to EUR -249.8bn (as of May 2019).

These TARGET2 imbalances today are important as their current levels are greater now than those during the height of the last financial crisis in the Eurozone. The question now is whether these current levels are a precursor to another financial crisis in the Eurozone or, more seriously, a potential breakup of the Euro? We are currently living in times of great global uncertainty. The rise of populism, especially in countries in Europe, is worrying. The emergence of Matteo Salvini in Italy and his fraught relationship with Brussels is unlikely to improve the already fragile economic situation in his country nor will it help to fortify the Eurozone in these difficult times. For a long time the ECB has been kicking the proverbial can down the road but as the former head of the Bank of England, Mervyn King, stated in his excellent book ‘The End of Alchemy’: ‘muddling through may continue for some while, but eventually the choice between a return to national monies and democratic control, or a clear and abrupt transfer of political sovereignty to a European government cannot be avoided’.

For countries such as Italy, Spain, Greece and Portugal, having a fixed currency like the Euro has handicapped their economic growth. Both Italy and Spain have large industries, yet not having the ability to devalue their own currencies or set their own interest rates has impacted their global competitiveness and thus their economic standing. Both countries suffer from high levels of unemployment with many young people from these countries searching for opportunities in other countries like Germany, UK, USA and Australia. The current substantial TARGET2 deficits of both Italy and Spain highlight the flaws and consequences of adopting a one-size-fits-all currency. While adopting the Euro has increased Germany’s competitiveness it has done the opposite for other large economies in the Eurozone like Italy and Spain. Hence why Germany’s NCB is running an enormous credit surplus with the NCBs of other eurozone countries.

It can be deduced, therefore, that the survival of the Euro is more important for Germany than it is for Italy and Spain. In the event, God forbid, that the Euro were to breakup and all the former Eurozone countries were to go back to their old currencies, Germany would lose its economic competitive advantage that it had as a Eurozone member since it would now be stuck with a new overvalued Deutschmark and this would thus likely effect its balance of trade. What’s more, in the event of such a Euro breakup, both the NCBs of Italy and Spain would likely default on their deficits with the NCBs of other former Eurozone countries in their new currencies meaning a huge potential financial loss for Germany’s NCB of the TARGET2 surplus monies it is owed. The upside though of any short term pain for Spain and Italy though would be that by finally having their own currencies back they would be free not only to devalue them and set their own interest rates, but they would have the chance to finally break out of their current economic stagnation, regain their competitiveness and return to higher levels of economic growth.

TARGET2 imbalances and the stagnating political economy of Europe