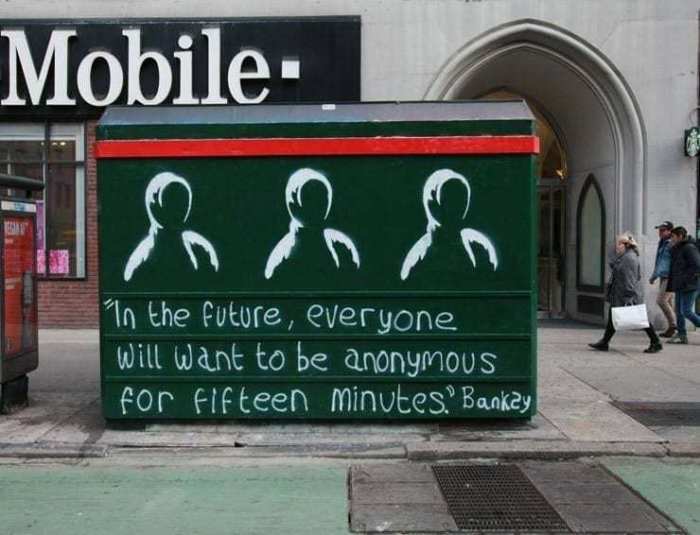 Fame can be a dangerous thing. Some people seek it because in their minds it fills a void. If you are talented and have a lot to offer it presents the opportunity to be valued and respected by many people. Fame has always had it’s drawbacks yet I feel there are two different periods of time that one must be aware of. These are Before The Adoption Of The Internet (BTAOTI) and After The Adoption Of The Internet (ATAOTI). In The last 25 years, the growth and development of the internet has been staggering. We currently live in a world of instant hyper connectivity.

If I had to pick a time to be famous I would pick BTAOTI in a heartbeat. News travelled slower back then. The digital world was less developed. I have no nostalgia or desire to live in the past, but when I look at the growth and development of social media today I flinch at the concept of fame. I would even go as far as saying that eventually it may even lose it’s appeal. It would take real guts to go down that path so much so that anonymity would become increasingly attractive. Andy Warhol said that everyone would be famous for 15 minutes. The internet has provided a platform for everybody to publicly project themselves if they want to. There is so much content on the internet today. There is no way one would be able to absorb all the digital content out there in one lifetime. According to Statista, as of May 2019, more than 500 hours of video content was uploaded to YouTube alone every minute.

It is increasingly a rarity nowadays to not have any personal platform or content online. To be purely anonymous will be rarer and more cherished than fame itself.