The Romanian city of Timisoara located in the western part of the country close to the Hungarian and Serbian borders is a pleasant place to spend a few days. The centre of town is filled with a wealth of beautiful ornate architecture dating back to its Habsburg past. Some of those buildings are semi-dilapidated yet a lot of this beautiful architecture and much of the city is undergoing a large regeneration project in time for 2021; the year when Timisoara will be the official European City Of Culture.

Piata Victoriei is one of the highlights of the city. Its a beautiful long rectangular square with a wealth of ornate, diverse and unusual multi-coloured buildings and rows of pleasant restaurants, cafes and shops. It’s an ideal place to watch the world go by as they say. The most unmissable feature of this part of town is the prominent Metropolitan Cathedral; an imposing Byzantine-influenced orthodox cathedral constructed between 1936 and 1946. 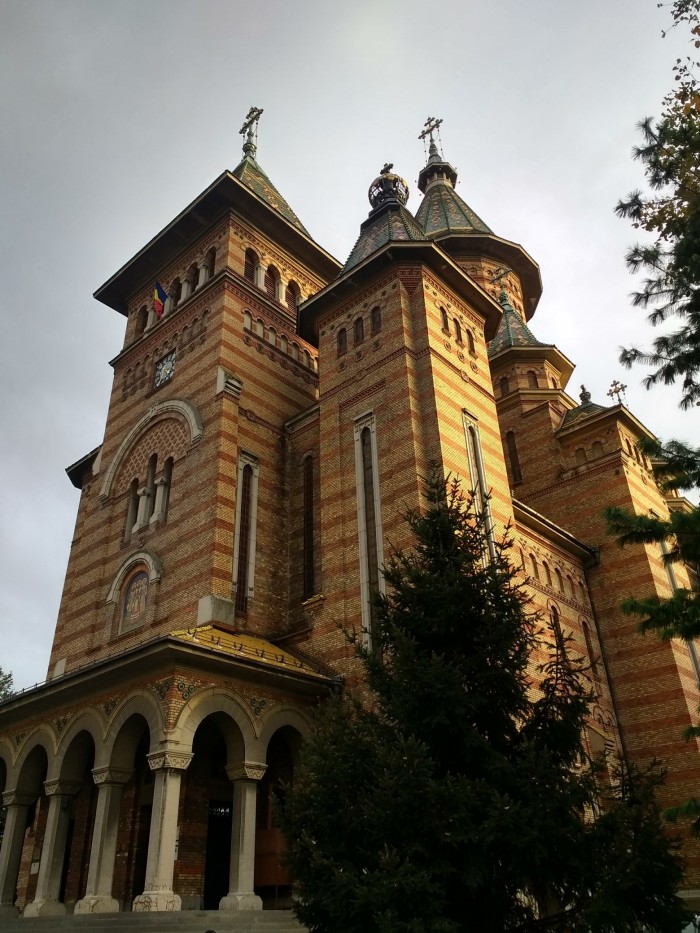 Directly facing the monastery on the other side of the road, back on the Piata Victoriei is a memorial to the revolution of December 1989 against the repressive Communist regime of Nicolae Ceausescu. It is this event in the country’s history that gives the plaza its name. This revolution, which began here in Timisoara, is a very important event in Romania’s history since it eventually led to the crumbling of this regime and the end of Communism in the country.

Memorial on Piata Victoriei to the 1989 Revolution

The initial protests in the city took place on December 15th 1989 with a few hundred people protesting against the harassment of the Romanian born Hungarian pastor Laszlo Tokes by the Communist regime. Laszlo was a notable and outspoken figure representing Romania’s Hungarian community. For many years he was a target of the communist regime for his exposing of human rights abuses by the regime towards the Hungarian minority population of Romania.

In March 1989, Tokes was forced by the religious authorities of the time to move from Timisoara to another parish in a remote part of the country. Tokes didn’t budge. The authorities issued him with an eviction notice from his home in Timisoara stating that he had until December 15th 1989 to leave. It was on this date that members of his congregation protested his eviction on the streets of Timisoara. Eventually passers-by joined in and what originally began as a protest against the eviction of Tokes manifested into an even bigger protest against the repressive communist regime of Nicolae Ceausescu. Very quickly similar protests spread like wildfire across other Romanian cities including the capital, Bucharest. Despite Ceausescu’s efforts to supress the protests by ordering the military to fire bullets into the crowds, his efforts were in vain as he was up against the vast majority of the population of his country who wanted change and an end to his oppressive regime.

By the 1989 Revolution Museum

The 1989 Revolution Museum is a permanent exhibition dedicated to these events. When I first entered the museum located in an old and crumbling building, I was escorted by an elderly man from the museum to a room with a TV screen. On the screen he played a 20 minute documentary featuring visual recordings of the events between the beginning of the revolution until the fall of the Ceausescu regime. It is a dazzling sight to see what looks like almost the entire population of Timisoara out in the city protesting. 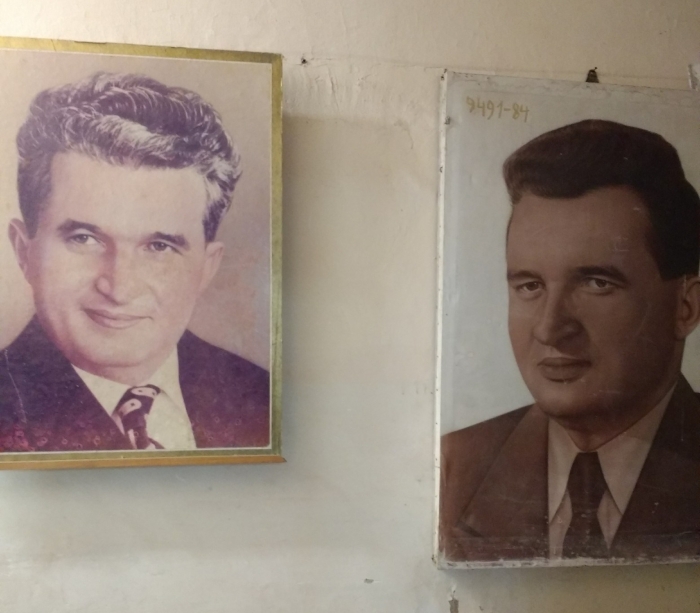 Pictures of the Communist ruler Nicolae Ceausescu in the museum

Ceausescu had initially misjudged the potential magnitude of the protests in Timisoara. On 18th December he left Romania for a state visit to Iran putting his wife and subordinates in charge of trying to diffuse the protests in Timisoara. When he returned to Romania just a couple of days later the protests had become larger and more intense.  During a speech he gave in today’s Revolution Square in Bucharest on December 21st, some people in the crowd began to chant ‘Timisoara!’. Slowly more people joined in. Ceausescu, unable to suppress the chants, pledged to raise the national minimum wage but the crowd wasn’t having any of it. For the remainder of his speech he was constantly heckled until realising that he was powerless to engage the crowd, he left the stage and ran for cover. On December 22nd the protests had spread to all the major cities in Romania. Ceausescu and his wife embarked on an epic escape from the braying mob until they were captured by the army and tried on Christmas Day. After their capture they were duly executed by a firing squad.

The museum is full of ephemera related to the Revolution including photographs and newspaper articles as well as art works by contemporary Romanian artists related to this time period.  After watching the video I spend some time visiting all the rooms inside the museum and learning more about this period in Romania’s history. 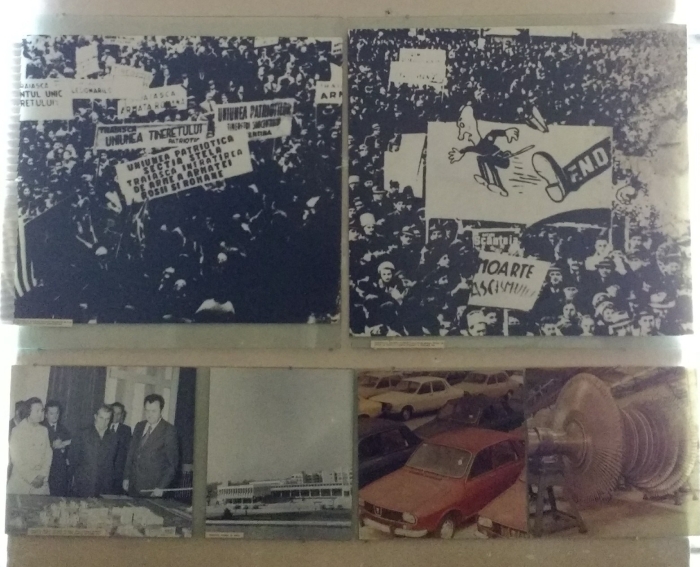 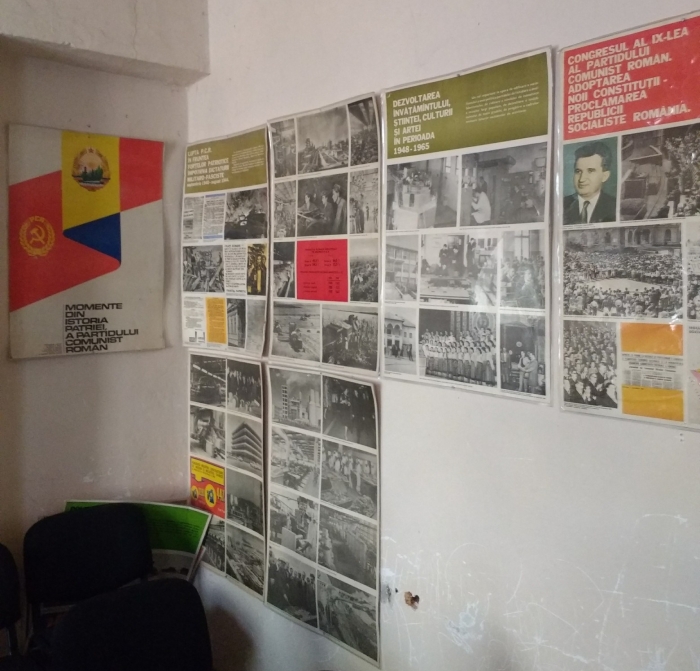 Photographs from the museum

Visiting the museum is most definitely worth the visit if you ever happen to be in Timisoara. It is a raw and authentic experience regarding a very important time period in Romania’s history.