‘Todo es posible nada es seguro’. These words came from the lips of a fellow local passenger during a hair raising bus trip through the narrow winding mountain roads of the Andes in Peru many years ago. Yet they could be applied today to the current state of the whole world.  When I try, as hard as I can, to envisage the global landscape over the next 10-20 years, I realise there may be a stronger case than ever before for holding insurance assets or Off-The-Grid Assets (OTGAs)©. These are defined as assets that not only act as a safe haven or store of value during a major economic crisis, but are not directly connected to the global financial system. Central banks cannot control their supply or price nor can they create more of them.

There are two principle categories of OTGAs. The first and most obvious category are precious metals. Gold, silver, platinum and palladium would all fit the bill. They are as old as the hills and are finite in quantity. Even though there exists quantities of these metals yet to be mined, their quantity cannot be enlarged as easily or cheaply as that of fiat money.

Although there are a lot of unsavoury people and entities operating in the crypto space, one of the few important crypto related organisations is the Gemini exchange founded by the Winklevoss brothers who both have an enormous personal stake in Bitcoin. This is arguably one of the most, if not the most, trusted and safest cryptocurrency exchange currently in existence. Gemini also offers the option of insuring any cryptocurrency holdings on their exchange. Unlike other cryptocurrency exchanges, only a very selective number of cryptocurrencies can be traded on their exchange but these include all three PGSCCs; Bitcoin, Litecoin and Z-Cash.

Precious metals in bullion form can be stored and insured securely in the vaults of reputable dealers such as Sharps Pixley. This works very well if you have large quantities of gold which is currently trading at over $1400 per troy ounce. However for cheaper precious metals like silver, storage and insurance becomes more costly. Precious metals only count as OTGAs in physical coin and bullion form. Precious metal ETFs or shares in gold and silver miners are not OTGAs. In the case of PGSCCs, they become true OTGAs when they are kept in cold storage on a hard drive in a secure location and not all on a cryptocurrency exchange where they are then vulnerable to hacking attacks.

Land and edible commodities like crops are not OTGAs for the following reasons. Land is highly illiquid and carries the added risk of expropriation if a tyrannical government ever came to power in its jurisdiction. Edible crops, on the other hand, are much more liquid yet they are perishable. Even tinned foods with a longer shelf life do eventually perish. Precious metals and PGSCCs are immune from these limitations.

Precious metals and PGSCCs each have their own unique advantages. The most obvious ones for PGSCCs are the negation of physical storage costs and cross-border transportation hurdles, and of course their finite supply caps. Since PGSCCs are digital assets, unlike precious metals, one doesn’t have to worry about physical storage or transporting them between borders. They can be stored in digital wallets either on a cryptocurrency exchange platform or in cold storage on a hard drive. Even though precious metals are rare, their supply is not fixed and who knows how big potential deposits of gold and silver are not just on this planet but on other asteroids and planets throughout the solar system. It is entirely possible that at some point in the future asteroid mining could dramatically increase the current supply of these metals. Yet whether this occurs in my life time is debatable.

The advantages precious metals have over PGSCCs are their tangibility and lack of need to be powered by electricity and by extension the internet. What’s more, precious metals have been around for thousands of years whereas Bitcoin has only been around for ten years and it still remains to be seen whether Bitcoin will endure as a store of value in spite of its unique advantages and current position as the dominant and leading cryptocurrency.

Yet we are currently living in a world of ballooning public and private debt and high equity valuations fuelled by low interest rates and quantitative easing. At the same time levels of inequality have risen along with a palpable sense of discontent across the world bringing with it an emergence of populism and radical parties and politicians. The final paragraph from a recent short article entitled How I Learned To Love Gold by Alasdair McKinnon, who manages an investment trust in the UK called The Scottish Investment Trust, is very succinct and prescient in describing this current environment and its future consequences…

Today, we are more than 10 years into a monetary experiment that ‘saved the system’ but is losing popular consent. Cheap money has driven asset prices but has increased wealth inequality, especially between generations. Demographics dictate that, in the not too distant future, those without assets are likely to be running the institutions and making the rules. In the interim, a new breed of politician is prepared to rip-up the economic rule book in their quest for power. This shift won’t necessarily prove a bad thing but, regardless, it seems a favourable environment for gold.

Such a situation is likely to manifest in the future and would create a very favourable environment not just for gold but for all types of OTGAs as more people lose trust in owning devalued fiat currencies and worthless government bonds.

How I Learned To Love Gold 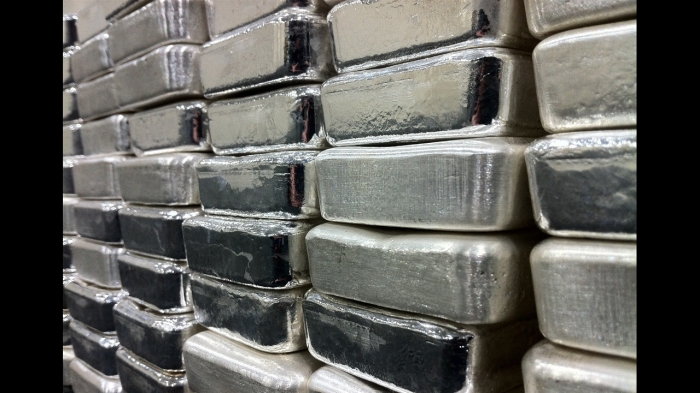 Silver is currently an interesting commodity and precious metal to be watching. During the last spike in the price of gold over the previous two weeks, the silver price barely moved. In fact, the silver price has been depressed for some time now. 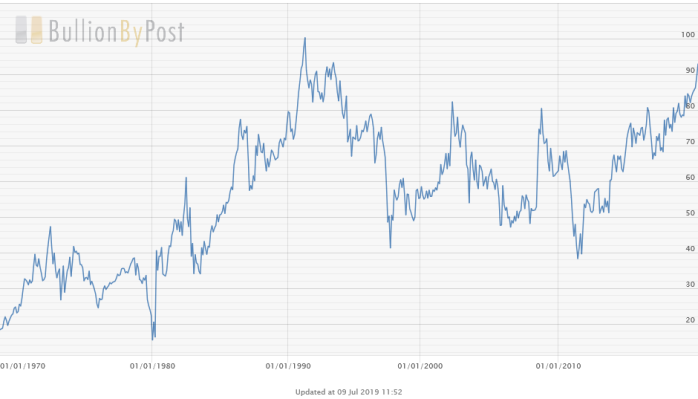 Silver has been derided many times as a ‘poor man’s gold’. It is a misunderstood commodity and is currently not very fashionable. In fact, precious metals generally are not really in vogue, especially amongst a lot of younger people who have more of an interest in cryptocurrencies. I am also interested in cryptocurrencies, but they are very hot right now, whereas precious metals are generally not. The recent price rise in gold was very modest when one compares the price rise of Bitcoin over the last few months, which propel some to deem Bitcoin and other cryptocurrencies as the new store of value assets and gold and silver as store of value assets of the past. Bitcoin has many times been hailed as the new gold or ‘digital gold’; a supply-capped gold powered by electricity. On the other hand, one could also argue that gold is Bitcoin without electricity or the internet.

But all the noise aside, lets get back to the fundamentals. There is an insightful article on the Royal Mint website regarding the scarcity of precious metals on this planet. The article entitled, How Rare Are Precious Metals?, discusses the ‘mass fraction’ of precious metals or how many kilograms of precious metals exist in the Earth’s crust per billion kilograms of crust material. According to the statistics in the article, gold represents 4kg per billion kg of crust material and silver 75kg per billion kg of crust material. This means that gold is around 18-19 times scarcer than silver. Yet today it is priced 92 times higher. One reason for the depressed price of silver could be that in many countries the purchasing of silver coins or bullion from a registered dealer such as Sharps Pixley incurs additional VAT costs. This also explains why the price of silver coins and bars in those countries are higher than the spot price of the metal. However in some cases silver is exempt from VAT charges if it is kept in a vault provide by the dealer. Gold, on the other hand, is exempt from VAT either way, which explains why the price of gold coins and bars is closer to the spot price.

Both gold and silver are insurance assets in an unstable, unpredictable and financially indebted world. Yet right now it is silver that arguably has greater potential upside. Even though gold is used to a small degree in industry, silver is used on a far greater scale, meaning it is not purely just a store of value. As with crude oil, a severe disruption to its supply would cause the price to spike in a very short space of time.

As silver can be quite impractical and costly to store in great quantities, an alternative way of investing in pure silver is via an Exchange Traded Fund or ETF. It is important though to select an ETF where each unit is directly backed to a physically held unit of silver. The added beauty too of a silver ETF is that you are investing in silver at pretty much the spot price. The ETFS Metal Securities Ltd Physical Silver (PHSP) is a good one with a modest annual charge of 0.49%. Vanguard specialise in ETFs and their silver ETF may have even lower charges. I also highly recommend purchasing silver via Bullion Vault. You can invest in silver very close to the spot price and have it stored in a vault in selected cities around the world. Their monthly storage charges are also very reasonable.  Yet one of the advantages of a pure ETF is that it can be put in an ISA meaning you want have to pay capital gains tax.

Investing in silver mining companies is another way of gaining exposure to the price of silver. Sometimes the gains can be higher than owning physical silver or an ETF. Yet you take on additional risk such as political risk and also company mismanagement. One of the largest publicly traded silver mining companies is the Mexican based company Fresnillo (FRES). There are also a bunch of smaller publicly traded silver mining and exploration companies, but these carry more risk.

There are many places to purchase physical silver coins and bars. I like Sharps Pixley and Bullion By Post. The latter is a little more expensive but has a greater range of silver products. The Royal Mint is the UK’s official precious metals mint but prices are also not cheap. A smaller silver trader I like very much is the Newcastle based Silver Trader run by Martin Whitehouse. He sells silver coins and bars, which other leading dealers don’t stock. Furthermore, he also sells silver coins and bars via Ebay and has lots of positive feedback.

How Rare Are Precious Metals?