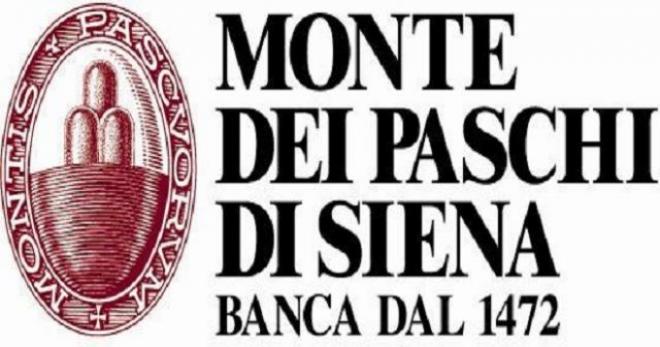 The Tuscan town of Siena was an important city during the 12th and 13th centuries and before the rise of the powerful Medici family it was home to Italy’s richest banks. It is also home to the oldest bank in the world, the Monte dei Paschi di Siena, first founded in Siena in 1472. 20 years before Christopher Columbus set sail to discover the New World. When walking through Siena’s medieval old town, you’ll find the bank’s headquarters located in the atmospheric Palazzo Salimbeni.

It was originally founded to provide loans to ‘poor or miserable or needy persons’. Siena’s golden period of prosperity was cut short by the Black Death plague in the mid 14th century. The plague reached Siena in May 1348 and by October of that year, it had taken approximately two thirds of the town’s population of 100,000 inhabitants. Siena never recovered from this event and the majority of it’s population was reduced to poverty. The bank was created to provide loans to these people at an interest rate of 7.5%. Since its formation, MPS has played an enormous role in the development of Siena and even today during its troubling times, the bank remains the city’s largest employer. Tourism is arguably the second biggest source of income for the city. The city gets its fair share of tourists yet it’s nowhere near on the gargantuan scale of its more prominent Tuscan cousin Florence, which even outside of the peak Summer season receives tourists by the truckload. Should, in the worst case, the bank follow the same fate as Lehman Brothers and completely collapse, tourism would immediately become much more vital to the economic wellbeing of the town.

Although the history of the bank goes back to 1472, its present formation dates back to 1642 when Siena (which ceased to be a Republic in 1555) was part of the Grand Duchy of Tuscany. After the unification of Italy in the 19th century the bank expanded its operations across the country becoming one of Italy’s leading banks. Regardless of the bank’s territorial expansion, MPS had always had been strongly connected to the city of Siena. In 1995 the bank was renamed Banca Monte dei Paschi di Siena and all the banks’ financial, credit and insurance branches were united under this new name. A not-for-profit arm was also created called Fondazione Monte dei Paschi di Siena, which benefited the city and province of Siena substantially over time by investing large sums of money in the area’s education, health, culture, sports and tourism sectors. In 2006, Siena was elected as the city in Italy with the highest quality of life. Quite a feat considering how badly ravaged the city was by the Black Death more than six and a half centuries earlier. However, just a few years later the party would be well and truly over as the bank began it’s steep fall from grace.

The root of the bank’s problems go back to that same year when the bank was renamed and restructured. From 1995, the renamed Banca Monte dei Paschi di Siena went on an acquisition spree buying out several Italian banks. The idea was to increase the bank’s profitability and make it a more global bank. Unfortunately, not only did the bank overpay for many of its acquisitions, it also acquired banks in poor financial health. Some even say that BMPS acquired these banks without doing any thorough due diligence such as properly scrutinising all the banks’ accounts etc. One such example of these acquisitions was BMPS acquiring Banca Antonvenata from Santander in 2007 for 9.25 billion euros. Just a few months earlier Santander had acquired Antonvenata from ABN Amro for 5.7 billion euros. The deal with BMPS netted the Spanish bank a cool 3.55 billion euros. It doesn’t take a Warren Buffett to see that BMPS had royally goofed up on this one. But that’s not the end of the story. BMPS had in fact transferred over 19 billion euros to ABN Amro, Santander and Abbey National Treasury Service to acquire Banca Antonvenata since the bank had a deficit of 10 billion euros. BMPS may well have gone to the casinos of Las Vegas with the money, since no one in the bank had bothered to do any research before making the acquisition. Quite astonishing considering the amount involved in the transaction.

The following year in 2008, the Global Financial Crash unfolded. Highly leveraged and indebted banks such as BMPS were especially vulnerable. By 2009, the bank began to experience huge loses at some of its branches. The president of the bank at the time, Giuseppe Mussari, hid these losses in the bank’s accounts by entering into derivatives contracts with Deutsche Bank and Nomura. All this was made public in November 2012 and the share price of the bank subsequently began to dramatically slide. As I type this article the current share price is 2.78 euros. In July 2016 the share price was over 10,000 euros (100 euros in old money before a 100-1 share conversion in November 2016 where 100 old shares were converted into one new share).

Since 2013 BMPS has been at the receiving end of a number of bail outs to prevent it from collapsing and creating thousands of job losses (as of 2016, 25,556 people were working at the bank). In December 2016 the Italian government raised 20 billion euros to recapitalise the country’s ailing banks. Later in the summer of 2017 the bank was bailed out by the government for 8.1 billion euros in which the Ministry of Economy and Finance arm of the Italian government acquired a whopping 68.247% stake.

There may finally be some light though. According to a Reuter’s article recently published on 4th April 2018 concerning the latest developments of BMPS, two top executives of the bank went on record to say that it was on track to meet its targets in it’s debt reduction program. This includes a disposal in mid-2018 of a staggering 25 billion euros worth of bad loans ‘repackaged as securities’. How that will pan out is anyone’s guess and the question remains of whether the bank will ever be totally free from its shackles?