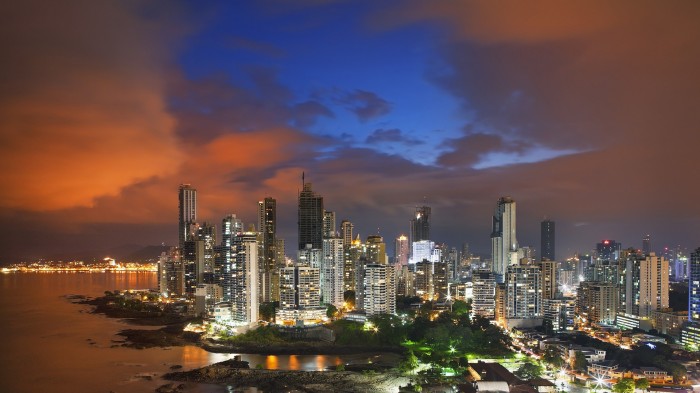 I am sitting in the armchair in the corner of my spartan guesthouse room in the city of San José, Costa Rica. In front of me is a picture of Aung San Suu Kyi on the wall with the words, ‘ the only real prison is fear, and the only real freedom is freedom from fear’. Last night in my uber tired and messed up state I really pondered over these words. Now after at least seven hours of sleep, my body and mind are calmer and I am able to look at things more rationally.

My bus arrived in San José from the town of Estelí in Nicaragua at 11.30pm last night. It was originally scheduled to arrive at 8pm. I waited in Estelí for over two hours before the Tica Bus finally arrived.

This afternoon I purchased my bus ticket to the Panamanian city of David for tomorrow. From there I’ll continue on to Panama City.

Today the pressure was high. I am now in my hotel room in David as I write this. I am falling apart from relentless travelling. Tomorrow will most likely be another eight hour journey as I make my way to Panama City.

The bus from San José to David was rather basic. At the Panamanian border, the officials demanded that I provide proof of onward travel out of Panama. This came quite unexpectedly. I certainly didn’t have a flight ticket out of Panama. There was one way I could get out of this. If I could show the officials a bank statement with funds of over $500, then they would stamp my passport and let me through. Fortunately there was a small ramshackle internet café nearby. I logged onto my bank account on this very dodgy computer with half the letters missing on the keyboard. Thankfully the connection was quite fast. My current account showed funds of less than £100. So I transferred £400 from my savings account onto my current account before printing off a statement of my newly topped up current account. I diligently sign off and revisit my bank account page to make sure I definitely WAS signed off. Interestingly, when I finally did present the statement to the officials they barely gave it a glance before my stamping my passport with a Panama entry stamp.

Here in my basic hotel room in David, it’s either too hot or too cold. There is an old AC unit with missing dials meaning I am unable to modify the Arctic temperature whenever I turn on the unit. In hindsight a room with just a simple fan would’ve been better but the crippling humidity in this part of the world makes me game for AC.

There is a noisy bar directly adjacent to my room. It’s 1am and the party is still going. Perhaps I should’ve anchored myself in San Marcos La Laguna instead of embarking on this batshit insane voyage.

I woke at 9am. I don’t know how I feel. I feel numb. At one point in the night I woke up and thought I was in an unheated room in Puno. I turned off the AC and went back to sleep. I can’t see myself arriving in Panama City at a sensible time now.

I travel on a surprisingly comfortable and luxurious bus from David to Panama City. For $15 it was incredibly cheap for what it was worth. When I arrived at the bus terminal, I took a shared taxi to the Casco Viejo district. The taxista drove like a devil across the different highway intersections of the city to get to my destination. As we approached the outskirts of the Casco Viejo I almost forgot how rundown certain parts are. The section with all the tourist hotels and hostels is the more spruced up and nicer part. When I arrived at the big Santa Ana plaza I tried to find the cheap hotel I stayed at when I was last in this city some years back. After a few minutes of surveying the different corners of the plaza I finally found it; Hotel Caracas. Even though it feels like a tropical borstal, I remember when I last stayed here I had a basic but clean and spotless room with a fan for $10 a night. I asked to see a room. The first room I was shown looked nothing like the room I stayed at before. There were exposed live wires, marks on the walls and doors. Hell, even the bed sheets were a mess. The state of the shower looked like the aftermath of someone who’d blown their brains out with a shotgun during a game of Russian Roulette after an intense cocaine binge. The last time I’d seen a room as uniquely disgusting as this one was when I was in Beira, Mozambique. I kindly ask if I could see another room? I think we must have gone through about six rooms before finally settling on one for just one night – like choosing between six different formations of shit to eat. I choose the only one which had a window not facing an external wall. Yet when I did open the window it was directly facing onto an enormous heap of trash on the pavement of one of the more down at heel streets; a cocktail of death, decay and Kurt Schwitters. Yet even in my bombed out state of mind, there is something strangely fascinating about all this. I mentioned death but these streets are full of life. A raw and unsanitized liveliness. Isn’t this what I am always looking for? Well, now it’s there if I want it.

This evening I went to a hole in the wall bar right next to my hotel. I was the only Gringo there. I started as a barfly and pretty soon I was dancing salsa in my very rudimentary way with some enormous butterball of a lady from the Dominican Republic. I thought about staying out longer but I want to have some energy for tomorrow. For the next two nights I’ll be staying at the notorious backpacker hostel, Luna’s Castle.

I slept erratically last night. This hotel room is like something out of a William S Burroughs book. I was woken up at 7.30 am by an insanely loud rubbish collection vehicle. Not even the V8 engine of the AC unit in my room could drown out this Earth shattering noise from outside.

After transferring all my things from Hotel Caracas to Luna’s Castle, I took a taxi to Albrook Airport to sort out my onward travel to Colombia. Although Panama borders Colombia, neither countries are connected by road. The PanAmerican higher abruptly ceases at some point between Panama City and the border. All that separates these two countries is an impenetrable stretch of jungle called The Darien Gap. Some courageous souls have successfully navigated it yet the risks far outweigh the rewards and for the handful of travellers who crossed it successfully many more have perished. There are at least three feasible ways to get to Colombia from Panama. One is to fly from Panama City to any major Colombian city. The second is to take a 4/5 day boat trip via the San Blas islands and the third option is to take a small domestic plane from Panama City to a small isolated Panamanian village called Puerto Obaldía on the Panama/Colombia border from where it is possible to catch a motorboat to the Colombian village of Carpuganá. From there you take another motorboat towards the city of Turbo which has land connections to other parts of Colombia. I embarked on the third option on my last trip across Latin America.

When I arrived at Albrook airport and enquire about purchasing a ticket to Puerto Obaldia departing in six days time, I was told that all flights to Puerto Obaldia were booked solid for the next three weeks. I was truly disappointed at this discovery. On the other hand, it was a tad shortsighted of me to have left the booking so late, especially since the plane is tiny and the fact there are not many flights. Yet three weeks is a staggering amount of time to wait until the next available flight and I for one am not going to languish in Panama City for that duration of time. I refuse to do the 4/5 day sailboat trip. Everybody seems to be doing that trip and I can already foresee a lot of problems and boredom from doing such a trip. With the third and second options ruled out, the next logical step seemed to be a direct flight from Panama City to the Colombian cities of Cartagena or Medellín. I was shocked to discover that the cheapest flight going was $350. That is a ridiculous sum of money for a one hour flight. Fortunately I soon discovered one more way to get to Colombia. A kind local lady who worked at Luna’s Castle hostel explain it all to me. It involved travelling in a 4×4 vehicle from the city to a small coastal town called Cartí. From Cartí I would then travel by speedboat for something crazy like 9-10 hours to Puerto Obaldía and finally Carpuganá. Like a concentration camp version of the third option.

As I write this from my hostel dormitory, I am now only two hours away from the New Year and the rumba is already in full swing. I will raise my last bottle of Balboa beer of the year towards much luck for the remainder of my trip and that I finally do manage to get to West Africa from Brazil – whether by boat, plane etc – it doesn’t matter.

Last night the party at the hostel was enourmous. I was thrashing the rum and cokes. The party went on until sunset. I passed out at around 4am. Today has been a coma’d day. I spent most of it inside the hostel. Around mid afternoon I went for a stroll on Avenida Central off the Casco Viejo. Amongst the rare silence today on New Years Day, I got talking with an old Panamanian lady who, surrounded by masses of pigeons, sold bags of pigeon food. I bought a bag and suddenly became swarmed by dozens of them every time I threw a handful of grains on the floor. Most of the restaurants were closed bar a small low lighted budget Chinese restaurant where I had a very ordinary meal of fried rice and chicken. There are many Chinese here in Panama City and most of the ones I encounter (although certainly not all) are reserved and indifferent.

Since yesterday afternoon I befriended a middle aged Turkish/German man. He speaks almost no English but speaks Spanish very well having travelled in Latin America for a considerable amount of time. Although he is very intelligent and head and shoulders more interesting to talk to than many of the other guests staying at the hostel, he is also very intense and unstable. He is the kind of person that would burn down cities if things didn’t go his way. As a consequence I feel a little uneasy around him. It’s quite interesting how sometimes the most alive and riveting people are also the most unhinged. I often rage against mediocrity and dull people but for the most part I cherish stability. I don’t want my life to be a nonstop proverbial rollercoaster ride. I don’t want it. I would rather have a boring and stable life rather than a life full of tension. Oh boy, what am I talking about? If only I could become more aware of all my glaring contradictions.