This art museum was one of the highlights of my trip to Zagreb. Naive Art as an art form was very fashionable during the 1960s and 1970s. Personally I don’t like the term very much as I think it degrades art and implies that it’s not very good. Some art of that genre can be very kitsch but it can also be very brilliant, full of heart and soul. The best work of this genre is up there with many of the greatest works from the Art Brut movement where artists, with no formal art education, created work, often of a very raw nature, outside of the confines of the ‘Art World’ and other established institutions.

Most of the work on display at this museum is by noted Croatian artists of the Hlebine School. Hebline is a small village in the north of Croatia which from the 1920s was the place where a small group of self taught peasants began to develop a new style of painting. The artist Ivan Generalić (1914-1992) was the father of this movement. When I enter the first room of the museum, his Self-Portrait (1975) painting is the first painting to catch my eye. The prominent blue background of the painting is unmissable and I am immediately reminded of the Italian Renaissance painter Giovanni Bellini’s Portrait Of Doge Leonardo Loredan. 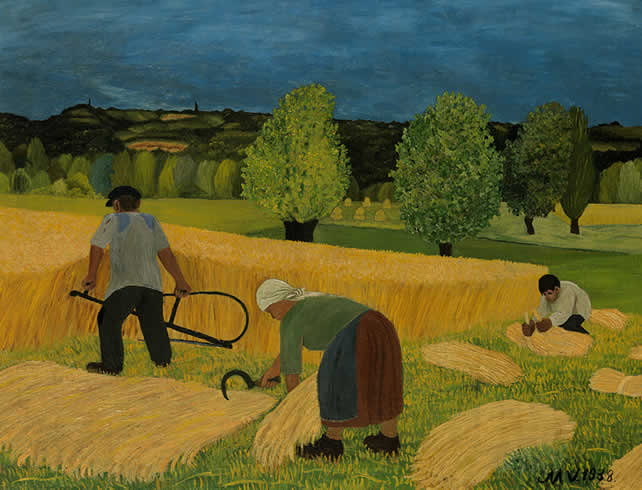 In the same room, there are also paintings by another artist of the first generation of Hebline school artists called Mirko Virius (1889-1943) who’s paintings are of traditional rural people. His painting Harvest (1938) reminds me of the rural paintings of everyday peasant life by the pre Impressionist French painter Jean-Francois Millet. Millet was also a huge influence on Vincent Van Gogh who at the beginning of his painting career wanted to paint rural peasant life in its purest form from the source. Many of Van Gogh’s early paintings and drawings capture this very beautifully.

The Evangelists On Calvary (1996) by Ivan Večenaj

Then there is another painting in that same called The Evangelists On Calvary (1996) by one of the second generation of Hlebine School artists called Ivan Večenaj (1920-2013). This is probably the most powerful painting in the room. The intricate mess of destruction, decay and dehumanisation makes me hark back to the most nightmarish paintings by the legendary and light-years-ahead-of-his-time Dutch colossus Hieronymus Bosch. Out of all the art works in the museum, it is those paintings by Večenaj, which resonate most deeply with me. Another painting of his entitled Gaitery Juna (1962) features a peasant lady with a deformed face. A third painting depicts Moses by the Red Sea.

In another room, a series of portraits by Martin Mehkek (1936-2014) stop me in my tracks. The portraits are very human and Mehkek seems to have a unique ability to empathise with his subjects and put himself in their shoes. He paints his subjects in a way which executes their emotions and traits. And many of his subjects seem to be local villagers and they appear to be painted in a way where all their quirks, bizarreness and insularity are masterfully captured.

The paintings of Emerik Feješ (1904-1969) are of colourful, childlike, ethereal and joyful buildings in a style that is his own. Like ornate Venetian buildings turned into multi coloured, energetic Mississippi and New Orleans juke joints. Observing his paintings fill me with hope and positivity, which is very vital in a pungent age of anxiety. 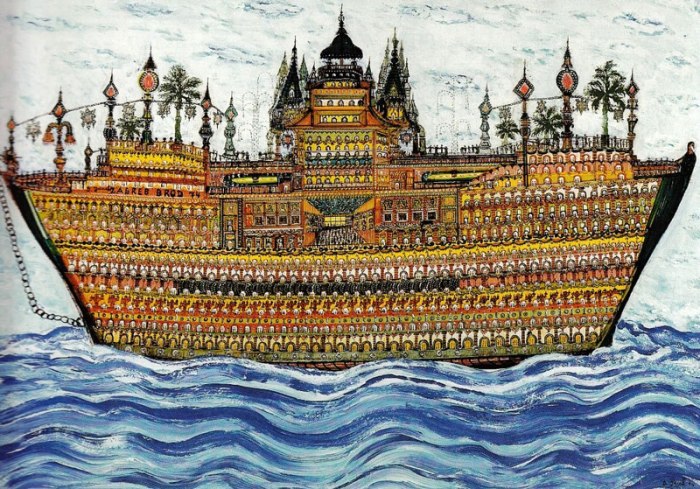 The final piece of work in the museum to make an impression on me is a painting by Drago Jurak (1911-1994) called Luxary Ship (1974). It is a extraordinary painting and I immediately think of the impossibly insane Swiss artist Adolf Wölfi, a key artist from the Art Brut movement. His paintings are of an overly complex, obsessive and deranged nature. Like a shockingly talented Persian miniature painter on acid. Some artists are just happy to knock up bland landscape pastiches. Yet painters like Jurak and Wölfi are forever hellbent on rocking the boat and driving the square community mad.

Most hostels have the same standard model of rooms with bunkbeds of varying degrees of quality. I am a private person and rarely tend to stay in dormitory rooms. Yet in some cities which are prohibitively expensive, they are still the best way to save money. Dorm guests stumbling intoxicated into the rooms during the small hours of the night, sometimes turning on the lights, and rummaging noisily through plastic bags are some of the common complaints of staying in a dorm room.

The ingenious hostel setup at the Subspace Hostel in the Croatian capital of Zagreb is inspired by the model used in various hostels throughout Japan and China, which comprise of having ‘space capsules’ for guests to sleep in rather than standard dorm bunks. In a way it doesn’t matter whether a room has 4 or 40 of these space pods, since one has their own space (pun most intended!!). I simply climbed up into my intergalactic pod and was able to completely shut the door and fully withdraw inside. I felt I had almost the same level of privacy that I would have had by having my own room in a hotel or guesthouse and at an affordable price. Yet hotels and guest houses, unlike hostels, are not best places to be if you want to meet other travellers.

Whilst inside, there was a TV screen with multiple channels, a couple of remote controls, four lights, a safe, plug and USB sockets, a small ventilation pocket and even a fire extinguisher. My bed was very comfortable and my pod also came with an additional head rest. In these increasingly virtual times, where the chasm between the physical and virtual worlds is forever shrinking, it is just too easy to get lost in virtual bliss and forget that there is a historically interesting city to be physically exploring and getting under the skin of. 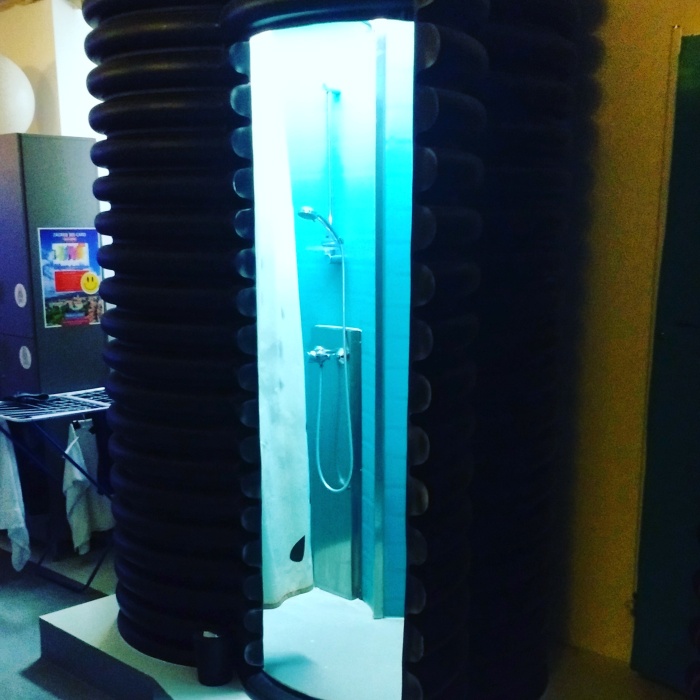 The showers and toilets, instead of being in separate rooms, are constructed within the rooms as funky neon-turquoise cylinder cubicles. The only cumbersome thing about the toilets and showers is that they lack proper locks. They can only be locked via a dangling thin piece of metal where the end is inserted through a circular metal hole, which is often located a little too far out. That would not cut the mustard on Apollo 11! But I am being a pedantic jackass here.

As well as this wonderful hostel set up, the other thing that makes this hostel unique is the exquisite artwork on all the walls and ceilings created by a gifted notable local artist called Tomislav Buntak. There is a large hardback book with many photographs of his work by the reception, which I highly recommend you have a look at.

The last time I stayed in an equally special place was at the Santos Express Lodge in Mossel Bay, South Africa. You can read my review of it here

My favourite thing to do in any city I visit is to simply walk it’s streets both within and outside of the city centre. There are, of course, specific sites to see and an overload of information on the internet regarding all the things there are to do. But nothing beats putting the guidebook away, turning off the wi-fi on the smartphone, and just getting lost randomly walking around a city. With this mind sight and limitless doses of curiosity and imagination one is bound to bump into unexpected and spontaneous treats.

Zagreb, the capital of Croatia, has been a very generous city to me. The architecture and designs of the city’s buildings are a glorious mess of luxurious and elegant Austro-Hungarian empire grandeur and sophisticated Art Nouveau to Bauhaus and more austere Brutalism. Some buildings, especially in the city centre, have been renovated and look pristine and beautified whereas other buildings, many outside the centre, look more neglected and derelict. 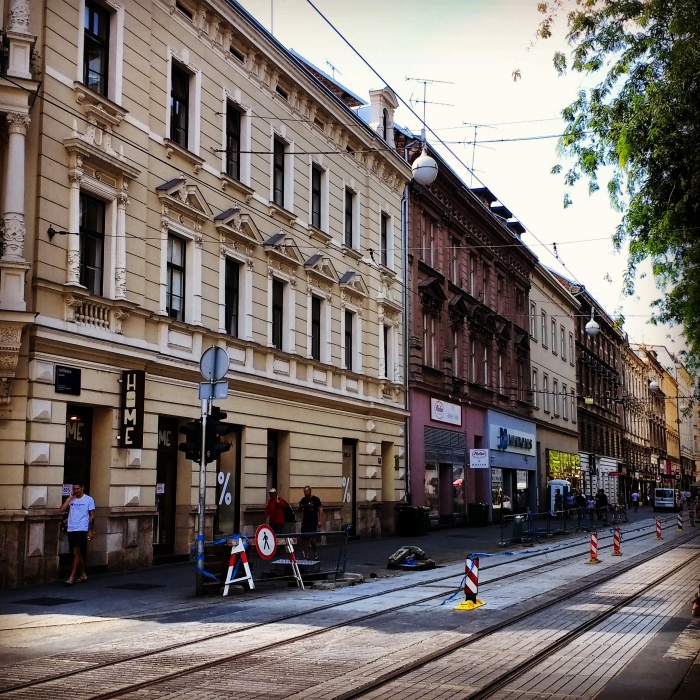 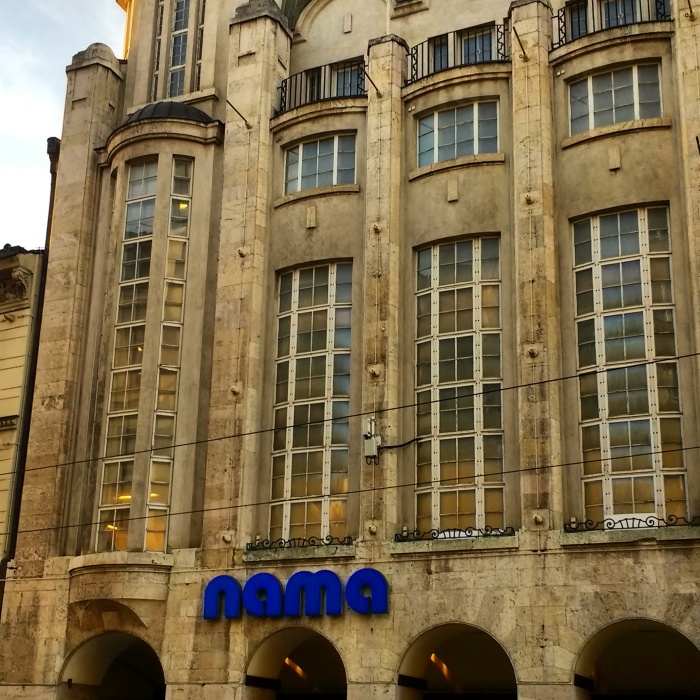 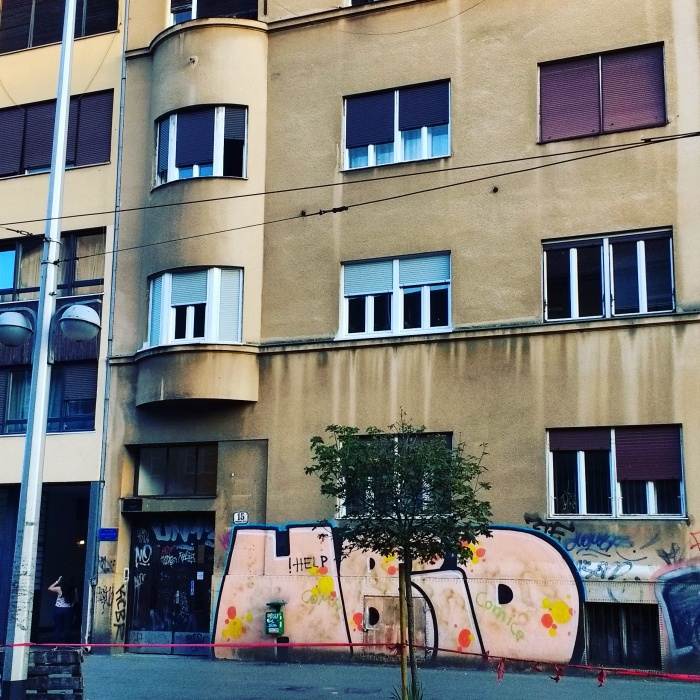 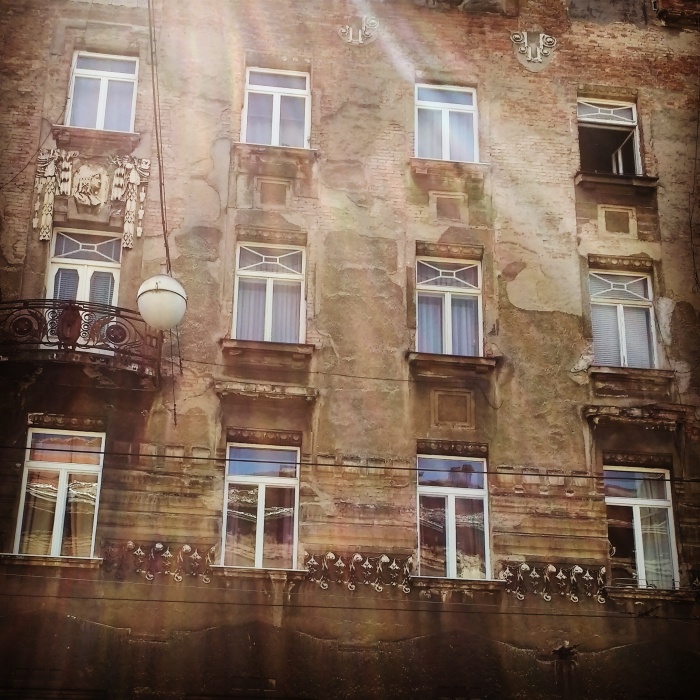 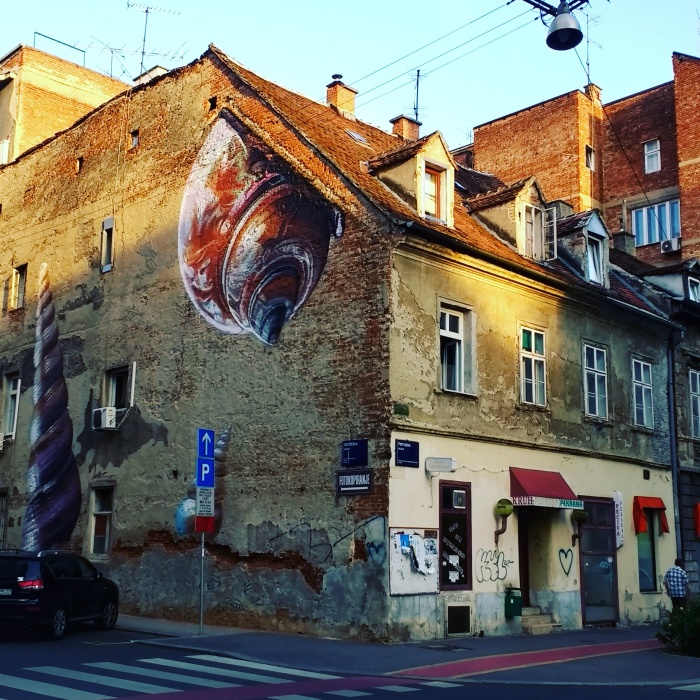 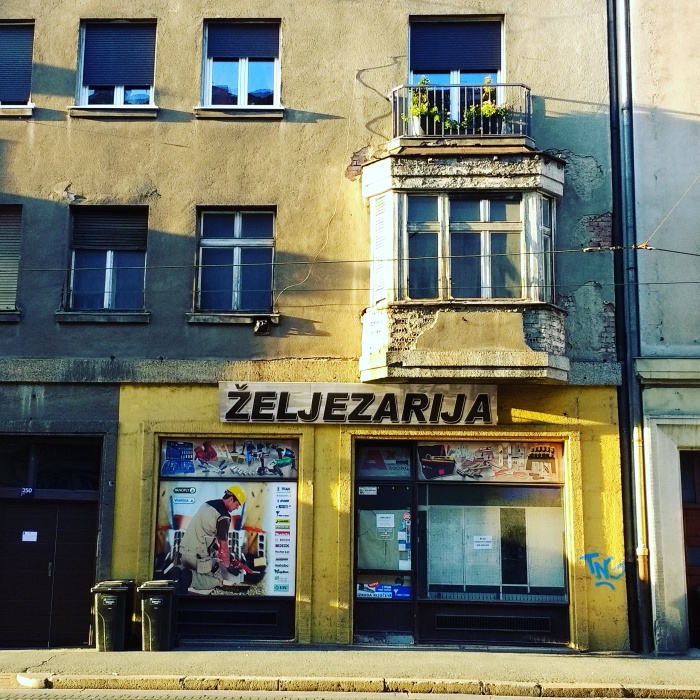 Photographs and text by Nicholas Peart