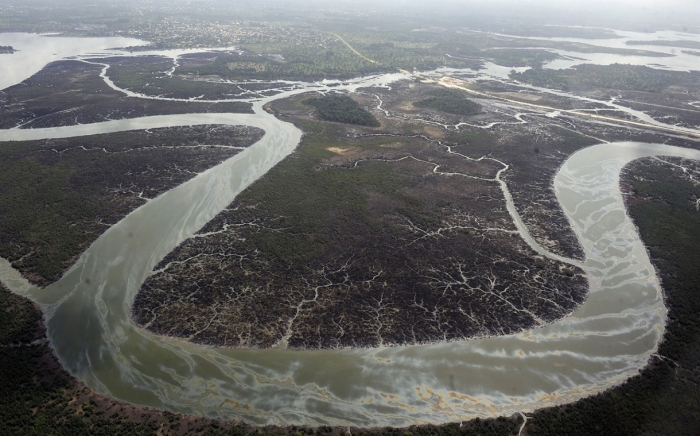 ‘What makes a country poor is her wealth’. Those are the words of a 16th century Spanish economist commenting on his homeland. One time many moons ago when I was having breakfast at a tourist café in southern Mexico, I overhead an American telling his friends, ‘Mexico is so rich in natural resources yet it is a poor country’. At the time I pondered over these words. Yet it was not until I reached Venezuela later on during my extensive trip of Latin America that those words began to have more weight with me.

Venezuela has one of the largest deposits of oil on the planet yet its history since it first gained independence from Spain has been rocky. As of today the country is in chaos with most of the population barely able to regularly access basic quotidian necessities. One story that famously did the rounds for some time was the one involving a shortage of toilet paper. Stories like these are inconceivable to outside spectators like myself. How could a country with such levels of natural wealth, fall so low? Venezuela is a breathtakingly beautiful country and I am fortunate to have some great and generous friends from this part of the world. In addition to its abundant natural resources, it has some of the most beautiful beaches on the continent (its entire coastline faces the Caribbean), rich and fertile land, pretty mountain towns and Spanish style colonial towns, a vast and diverse geographical topography etc – I could go on. But lets go back to those immortal words; ‘What makes a country poor is her wealth’. In 1973 and more than two decades before Hugo Chavez came to power, Venezuela experienced an unprecedented boom owing to a freak surge in the price of oil. The country’s oil revenues for that year alone were greater than all the previous years combined. Yet the former Venezuelan oil minister and co-founder of OPEC, Juan Pablo Perez Alfonso, refused to party denouncing oil as, ‘el excremento del diablo’ or ‘the devil’s excrement’. Furthermore he chillingly prophesized, ‘Ten years from now, twenty years from now oil will bring us ruin’.

With the exception of a small handful of nations, who had the foresight to diversify their economies away from natural resources, many natural resource rich nations are not as fortunate. Africa is loaded with natural resource rich nations that today still remain poor and underdeveloped. Angola and Nigeria’s vast oil and gas deposits have created more misery than prosperity for most of the population. Today Nigeria has one of the fasting growing economies in the world yet much of its future prosperity will depend less on oil and more on diversifying its economy and stamping out corruption. Norway and Qatar are two oil rich countries. Yet both countries also have a substantial sovereign wealth fund. This means that when the price of oil is depressed, they have a cushion to land on during the lean times.  Saudi Arabia, arguably the most oil rich country on the planet, for too long was overly reliant on its number one export yet in recent times it has followed in Norway and Qatar’s footsteps by establishing its own sovereign wealth fund to diversify away from the black stuff. Hopefully Venezuela, once it is finally able to free itself from the destructive Nicolas Maduro regime, will follow suit.

It is a blessing in disguise that the UK (barring the North sea offshore oil and gas deposits in Scotland) is not a natural resource rich country. This means that in order to maintain financial prosperity, it has to retain a dynamic and business friendly economy.

View all posts by Nicholas Peart